How Rapid Tooling is Revolutionizing the Automotive Industry

The recent developments in manufacturing have helped a lot of different industries, but few have experienced as much innovation than the automotive field. The manufacturers of cars, bikes, trucks and so many other types of transport are among the first to utilize the latest technological developments in additive and subtractive manufacturing. In this same vein, rapid tooling has had a remarkable impact on the automotive industry, pushing the boundaries of what is possible in terms of production speed and cost-efficiency.

Rapid tooling has been a major part of the production of vehicles for a while now, but it is picking up speed due to the increased prevalence of technological advances in recent years. Although many companies are doing away with tooling entirely (often by using additive manufacturing processes that make certain tools obsolete), other segments are boosting their efforts for the creation of unique, optimized production chains. Moreover, the increased number of machine shops and skilled machinists has made it easier than ever to produce tools, molds and all sorts of utilities.

Here are just some of the ways rapid tooling is changing the automotive industry:

When it comes to the bottom line, the mixture of methods that comprise rapid tooling offers cost-cutting opportunities at scale like no others. This is especially crucial for automobile manufacturers as they tend to produce a fair number of units, depending on their production levels. While rapid tooling is not suitable for mass manufacturing, there are other processes within their production chain that may not require quantities that high.

Consequently, if the company in question is not aiming for mass production levels, they may end up needing a lot of parts that require rapid prototyping methods. Such a process is particularly useful for add-ons or customizable parts for pre-existing cars, where the necessary quantities are small but can vary greatly. It is also helpful in this regard because of the ability to customize and reiterate designs at low costs.

As a result of this cost-efficiency, there are economies of scale that rapid tooling offers on many different levels, particularly those that come with low-volume production runs. On the whole, the main area where costs are reduced is on production cycle times. The speed of production is a crucial factor here, as with automotive production, cutting a few days off any process can results in thousands of dollars’ worth of savings in the long run.

Faster tooling enables manufacturers to get multiple prototypes in a very short period of time at a more economical price. This enables a greater sense of freedom when making design adjustments and testing out new ideas. It can be a massive boon to reiterating and changing, because traditional molds and tools take so much longer that they make redesigns complicated. In contrast, rapid tooling makes this entire process cheaper, freeing up processes and resources in the meantime as well.

One of the areas where both cost and time savings intersect is that of testing. With faster testing and turnaround times, rapid tooling and prototyping can present major opportunities for manufacturers of particular components. Aside from quicker design processes, there is also the ability to easily make changes and improve designs. Rapid Tooling makes it possible to tweak and improve a mold’s design until the product has the exact desired properties and functions the manufacturer wants. Consequently, any design faults can be identified and addressed before production, saving additional time and costs down the line.

In the case of Mirror Controls international (MCi), this level of speed proved to be very beneficial. They were developing a new type of actuator backplate which needed a radical new production process. They wound up settling on a composite SLA material, the Somos PerFORM, for the new actuator backplate prototype and replacing MCi’s traditional aluminum injection mold. The 3D printed SLA tooling helped decrease costs by 60%, while shortening the prototyping process by three whole weeks.

A critical part of product development is making prototypes that can be tested prior to moving to full production. Evelyne Salters MCi product designer, states: “For a project like our new actuator backplate, which needs prototyping to examine the new design, using aluminum to create tooling for the part is quite an expensive and slow process. We were looking for a new approach that offered lower investment, but would also allow us to use a material similar to or the same as the material used in final production. The aim was to make the backplate development cost effective, fast, flexible and more realistic.”

The accuracy and consistency of rapid tooling has allowed manufacturers to produce accurate and durable functional parts. While this may not be the case for the end product itself, these tools play a major role in the producing the end product. Such prototypes can be things like tools used to verify fittings or clearances in assembly with other parts. Or alternatively items for evaluating functional tests. Volvo, for example, uses rapid tooling extensively for a wide range of purposes.

The advantage that rapid tooling provides is the ability to manufacture parts from materials with similar properties to the end product material while edging closer to their dimensional accuracy than any concept models can allow. The production quantity is usually small but relatively larger quantities can be produced using hard tooling.

Rubber mold casting is a great way of producing functional prototypes using room temperature vulcanized rubber. Another method that can produce high quality prototypes, but with even greater complexity, is Investment-cast molding. These methods are especially good for the types of plastics that are useful in the automobile industry.

As with CNC and 3D printing, certain forms of rapid tooling bring in some major benefits due to their digital nature. However, since rapid tooling is often a combination of multiple disparate methods, it presents additional advantages compared to simply using one method alone. For example, it can be easy to split up duties between different branches of a car company’s facilities. This way a company can design a tool in one location, send the digital model instantly, test it in another location and have it available everywhere once approved. This is particularly useful for 3D printed molds as they can be produced in-house or easily sent to other facilities as STL files.

Rapid tooling has a major place in the automotive industry, particularly when it comes to component developers like those of mirrors, dashboards, steering apparatus and other common vehicle features. As the technology progresses, it is looking to improve those areas where it lacks, such as improving the number of materials that can be used. These sorts of improvements will give it more relevance to the car industry and help establish it along more areas of the production chain in the near future. If you have any problem for this, please contact with us for help solve together!

Fasteners are critical parts of the automotive industry. This article talks about the different types of automotive fasteners. 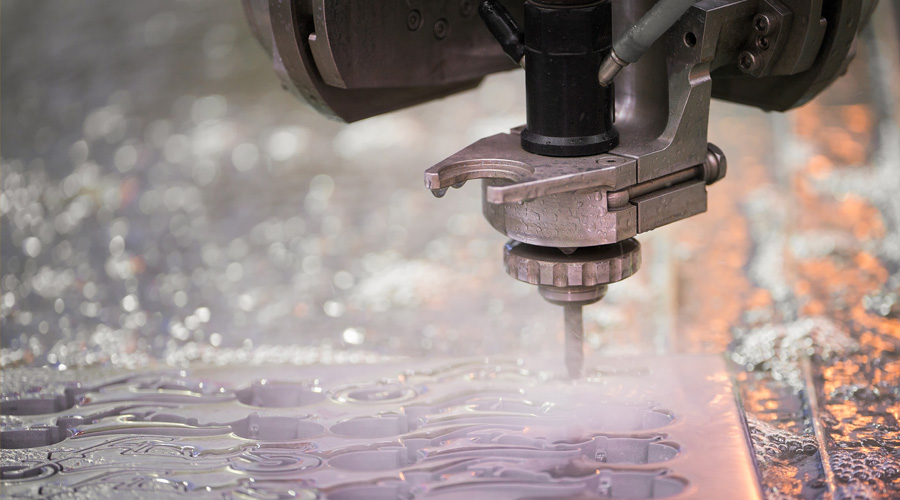 What Are the Benefits of Waterjet Cutting for the Aerospace Industry

Aerospace waterjet cutting is a popular aerospace cutting method. It boasts high precision, surface finish, and material compatibility. Read all about it here. 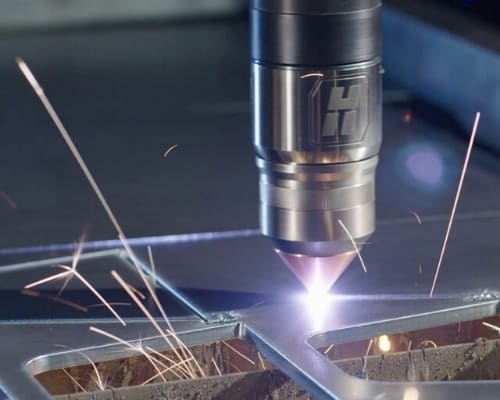 Plasma cutting aluminum has become possible now. Here are the processes involved, the dangers, and how to avoid hazardous cutting.